This week, we bring you an update on the Senate immigration plan as it heads
to the Senate floor. And we report from two of the dozens of schools shuttered
in Chicago. We sit down with Dominican-American author Raquel Cepeda to
talk about her memoir “Bird of Paradise: How I Became Latina.” Finally, the
premiere of “Rebel,” a story about the Cuban woman who disguised herself as
a man to fight in the Civil War.

STRAIGHT OUT OF COMMITTEE 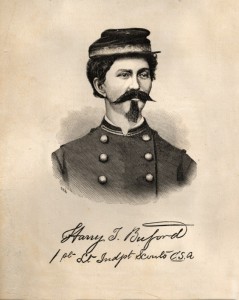 SECRET REBEL
Cuban immigrant Loreta Velazquez once
disguised herself as a man just so she could
fight in the Civil War. We speak to writer and
director María Agui Carter about her film, “Rebel,”
premiering nationwide on PBS.
Listen to or download this segment here.