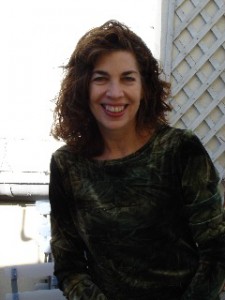 Bernice Schneider is an award-winning documentary film editor. Her training and background is as a documentary filmmaker. She received her Masters of Science in Visual Studies at the Massachusetts Institute of Technology’s Media Lab under the direction of pioneer cinema-verité filmmaker Richard Leacock. Bernice has worked as an editor of independent and broadcast documentary films for over 20 years.

Bernice edited numerous films for PBS’s premiere television series including Henry Hampton’s Blackside series on The Great Depression, the American Experience series, The Presidents (George H.W. Bush: Echoes of the Wise Men, Part 1), and American Experience’s Douglas MacArthur: Destiny and The Politics of War which won a Prime Time Emmy. Bernice has also edited films for Frontline, the Nova Science Unit and American Masters. Among the films Bernice edited is The House We Live In for the groundbreaking series Race: The Power of an Illusion. She was an editor on the series Unnatural Causes: Is Inequality making Us Sick?, which won the 2009 DuPont Columbia award and many others. Independent Lens’ Lives Worth Living, edited by Bernice, has been given a number of encore broadcasts on PBS and is screening at film festivals internationally. Bernice recently completed editing an independent documentary film, Rebel, for Iguana Films scheduled to premier at the Smithsonian Institution in Washington D.C. and on PBS in 2013.

Bernice also worked in the field with national correspondent Charlayne Hunter-Gault for PBS’s Newshour in Nairobi, Kenya, Johannesburg, South Africa, Haiti and Somalia where she edited stories on political and cultural change in the developing world, including a series on the historic election of Nelson Mandela as President of South Africa.

Films she edited have screened at prestigious museums both nationally and internationally, including at the Museum of Modern Art, the Centre Georges Pompidou, the Corcoran Gallery, the Museum of Fine Arts, and the Folkwand Museum in Essen, Germany.

She has received honors and awards for her work including a Wallis Annenberg scholarship for women filmmakers, a Cine Golden Eagle, the Biographical Video Award, and an N.E.A. Regional Fellowship. Bernice also received several grants from the MIT Arts Council.