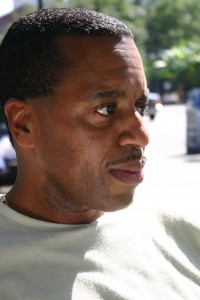 Calvin began his career at WGBH-TV, Boston’s Public Broadcasting Station affiliate. He is a seven time Emmy Award winning Series Producer for Say Brother, one of public television’s longest running local series. His credits include myriad projects ranging from political coverage to documentary and dramatic treatments. Lindsay conceived the award-winning documentary series Reflections. The Reflections series chronicled the lives, seminal moments and motivations of a number of artists, and cultural innovators including Judith Jamison, James Earl Jones, the Nicholas Brothers and Henry Hampton. Masterworks… another award-winning series developed by Lindsay, featured some of the most notable musicians working in the jazz genre. Among the performers who graced the Masterworks… stage included Nancy Wilson, Stanley Turrentine, Ron Carter, Roy Haynes, James Moody and Nnenna Freelon. He wrote, co-produced and directed The Devil’s Music: 1920’s Jazz, a one-hour film for the PBS series Culture Shock, which examined the often- controversial relationship between art, morality and society. The New York Times hailed The Devil’s Music: 1920’s Jazz as “ lively and thoughtful…a true film.” Lindsay’s current projects are REBEL, a docu-drama feature about a woman soldier of the American Civil War, scheduled for a 2013 PBS release; and Empty Kitchen Chairs, a feature-length co-production with Stage Praise Productions, that presents a coming-of-age story about love, friendship, betrayal and redemption. His work has been recognized by the National Black Programming Consortium, The Association of Massachusetts Broadcasters, The New York Festivals, the National Association of Television Arts & Sciences, the Denver Jazz on Film Festival Series and the International Documentary Association. His professional affiliations include membership in The Writers Guild and membership in the National Association of Black Journalists. He sits on the Board of Directors of Documentary Educational Resources, a 501(c)(3) non-profit organization that produces and distributes ethnographic and cross-cultural documentary films for educational use; and the Board of Directors of the Brattle Film Foundation, an organization that celebrates film as a popular and fine art form with cultural and historic importance that excites, educates, and inspires community. One of his film interviews has been republished and is featured in the Michael Eric Dyson Reader (Basic Civitas Books, 2004) under the title The Great Next: Jazz Origins & the Anatomy of Improvisation. Lindsay is also one of the filmmakers featured in the book Struggles for Representation: African American Documentary Film and Video (Indiana University Press, 1999).