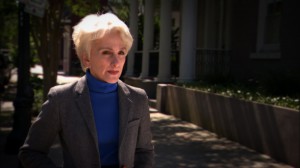 A professor of history for over twenty years at Tulane University,  Dr. Vela now devotes most of her time to writing. Award winning author of such titles as and The Hitler Kiss: A Memoir of the Czech Resistance, Ms. Vella frequently serves as a consultant and writer for the U.S. Department of State. Her first book, Intimate Enemies: The Two Worlds of the Baroness de Pontalba, was nominated for the Pulitzer Prize and the National Book Award and chosen as one of the best books of the year by the New York Times Book Review, Publishers Weekly, and The Times-Picayune. Through the meticulously researched story of the Baroness Pontalba and her father, Almonester,  whose philanthropy and influence founded some of the key architectural landscape of New Orleans including Jackson Square in the French Quarter,  Vela explores the Hispanic and Spanish history of New Orleans.